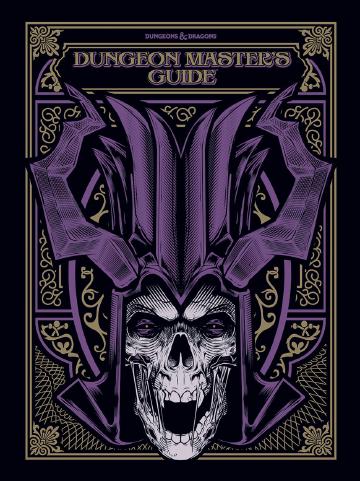 Dec 11, 2019 update: I wrote a modification to these rules, refining the procedures.

Dec 13, 2019 update: I consider the rules on Dropping to 0 Hit Points, Knocking a Creature Out, Resting, and Conditions deprecated as they are less elegant than the refined procedures. The Magical Healing and Hit Dice as well as Lay on Hands are still relevant.

The following modifications are ones that I plan to bring to my game table for our upcoming 5E Eberron campaign. They have not been play tested nor vetted with my table.

From feedback on Reddit, I've added a quick overview:

I've also add a section around Magical Healing and Hit Dice and revised the Paladin's Lay on Hands.

When you drop to 0 hit points, unless the attacker chose to knock you out (see Knocking a Creature Out section), you either die outright or gain the wounded condition and one level of exhaustion.

The Instant Death sub-section remains unchanged from the SRD5.

Massive damage can kill you instantly. When damage reduces you to 0 hit points and there is damage remaining, you die if the remaining damage equals or exceeds your hit point maximum.

For example, a cleric with a maximum of 12 hit points currently has 6 hit points. If she takes 18 damage from an attack, she is reduced to 0 hit points, but 12 damage remains. Because the remaining damage equals her hit point maximum, the cleric dies.

The Being Wounded sub-section replaces the Falling Unconscious sub-section of the SRD 5.1.

The Death Saving Throws sub-section supplants the same sub-section of the SRD 5.1. In this ruleset, you keep track of failed death saving throws between long rests. See the discussion at the end of the blog post for more insight and further tweaks.

Unlike other saving throws, a death saving throw isn’t tied to any ability score. You are in the hands of fate now, aided only by spells and features that improve your chances of succeeding on a saving throw.

Roll a d20. If the roll is 10 or higher, you succeed. Otherwise, you fail. A success or failure has no effect by itself. On your third success, you become stable (see below). On your third failure, you die. The successes and failures don’t need to be consecutive; keep track of both until you collect three of a kind. You remove failed death saves as part of short and long rests. You remove successful death saves when you are stabilized or regain hit points.

Damage at 0 Hit Points. You immediately gain the wounded condition and must make a death saving throw.

The Stabilizing a Creature sub-section remains mostly unchanged from the SRD5. Once a creature is stable, they lose the wounded condition.

The best way to save a creature with wounded or at 0 hit points is to heal it. If healing is unavailable, the creature can at least be stabilized so that it isn’t killed by a failed death saving throw.

You can use your action to administer first aid to a wounded creature and attempt to stabilize it, which requires a successful DC 10 Wisdom (Medicine) check. Once stabilized a creature loses the wounded condition.

A stable creature doesn’t make death saving throws, even though it has 0 hit points, but it does remain unconscious. If the creature takes any damage, refer to the Death Saving Throws sub-section. A stable creature that isn’t healed regains 1 hit point after 1d4 hours.

The Monsters and Death sub-section remains mostly unchanged from the SRD5, with minor tweaks to aling with the wounded condition.

Most GMs have a monster die the instant it drops to 0 hit points, rather than gaining the wounded condition.

Knocking a Creature Out

Sometimes an attacker wants to incapacitate a foe, rather than deal a killing blow. When an attacker reduces a creature to 0 hit points with a melee attack, the attacker can knock the creature out. The attacker can make this choice the instant the damage is dealt. The creature falls unconscious and is stable.

The Conditions section appends to the SRD5 section, adding the Wounded sub-section.

The Resting section supplants the SRD5 section and sub-sections. I have removed language concerning the duration of short and long rests. I believe the system is better when the GM defines the time required for either a short or long rest. For reference, here is the original SRD5 “Resting” section.

I've modified the short rest sub-section to provide more specific rules regarding ration and water consumption. The goal is to push the rules a little further into the traditional resource management of prior editions.

A short rest is a period of downtime during which a character does nothing more strenuous than eating, drinking, reading, and tending to wounds.

To recover hit points during a short rest you must fulfill one of the following:

If you fulfill one of the above requirements, you may spend one (1) Hit Die to recover hit points. Using a healing kit during the short rest allows you to spend an additional one (1) Hit Die. You also erase one (1) failed death save.

For each Hit Die spent in this way, the player rolls the die and adds the character’s Constitution modifier to it. The character regains hit points equal to the total.

A long rest is a period of extended downtime during which a character sleeps or performs light activity: reading, talking, eating, or standing watch for no more than 2 hours. If the rest is interrupted by a period of strenuous activity—at least 1 hour of walking, fighting, casting spells, or similar adventuring activity—the characters must begin the rest again to gain any benefit from it.

At the end of a long rest erase all failed death saves and regain one (1) Hit Die. You may spend one (1) or more Hit Die to recover hit points. Hit dice spent at the completion of a long rest are rolled with advantage.

If during the past day you've consumed one days worth of both rations and water, then remove one level of exhaustion. Also erase all failed death saves.

A character can’t benefit from more than one long rest in a 24-hour period, and a character must have at least 1 hit point at the start of the rest to gain its benefits.

For magic healing that uses less than a d8, step down any hit dice rolled; A d12 Hit Die would become d10.

As an action, you can touch a creature and spend one or more lay on hands point to heal that creature. Each point spent magically heals the creature 1d8 hit points.

Alternatively, you can spend one lay on hands point to cure the target of one disease or neutralize one poison affecting it. You can cure multiple diseases and neutralize multiple poisons with a single use of Lay on Hands, expending one point for each one.

This feature has no effect on undead and constructs.

First, I want to thank No Free Parking Money's House Rules 5th Edition blog post, for both the house rules as their reasoning.

I below quote from No Free Parking Money identifies aspects of the game that my house rules attempt to address.

The most efficient way to heal is to wait for your ally to drop to 0 hit points, then bring them back to positive hit points with a spell before they die. Since damage in excess of the target’s current hit points is ignored anyway, it’s best to let the low hit point character soak up that extra damage by letting them drop before you heal them. This penalty disincentivizes that strategy.

Healing from unconsciousness may not be super powerful (but maybe it is), but more importantly it’s boring. I always hated encounters in which the central focus became repeatedly healing a character after they were dropped to 0 hit points.

Taken as a whole the above house rules:

Or, write up a random table of what happens when you drop to 0 hit points. One could be gain exhaustion. Or gain a failed death save. Or you only need one successful death saving throw to stabilize.

What about those sticky failed death saves? I think there would be room to fiddle with the number of failed death saving throws until you die. Perhaps your proficiency bonus + 1 would be reasonable? This would preserve the base level of three (3) at low levels but increase overtime.

What remains? First, I want to vet this with my game group. See how it sits with them. Are we comfortable proceeding with these rules? Or how do we want to tweak them?

Also, I want to explore a “Retreat” option. KnightErrantJR wrote their Retreat Rules for D&D 5E and in my review of Five Torches Deep I discovered another retreat mechanic. Both of these, and others, are interesting. Something that removes you from combat. I think that this necessarily pairs with a chase mechanic and a regroup mechanic.

I think with a desire for retreat comes the need to require monster morale. Which has me think about codifying “end of round” procedures so that I have a script to follow while running at the game table. But that is a post for another time.